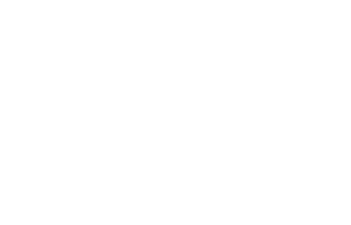 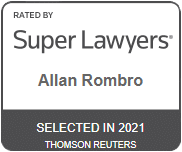 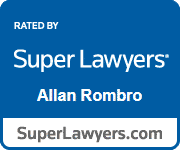 Domestic arguments that lead to assault charges are very common. These type of cases are treated very seriously by Maryland courts and some jurisdictions even have dedicated task forces to pursue domestic violence related allegations and are usually prosecuted vigorously.

Are you facing 1st or 2nd Degree Assault Charges?

In Maryland, a prosecutor or police can bring assault charges against a defendant.

In either situation, you need representation by an experienced and knowledgeable criminal defense lawyer. Your freedom and your future are at stake.

The Law Offices of Allan H. Rombro aggressively defends clients accused of all types of violent crimes, including:

We are experienced, knowledgeable and determined to defend our clients’ rights and freedom.

A Careful Examination of the Facts

Under Maryland law, there are 2 types of assault charges with widely ranging penalties. A charge of 1st degree assault is punishable by up to 25 years in prison, while a 2nd degree charge carries a possible sentence of 10 years. Lesser charges carry lesser potential penalties.

2nd degree assault charges range wildly in the nature of the allegations from being pushed against a wall to being smacked, arm twisted, or even just having a phone grabbed out of someone’s hand or throwing an object across the room in the alleged victim’s direction. Often both parties had been drinking and began an argument that got out of hand. So often, what began as a simple argument, often after a few drinks, ends with someone in a jail cell.

Whether the charge is 1st or 2nd degree assault, it will be treated very seriously in every Maryland courtroom.

In preparing your defense, our firm will first obtain all evidence in the possession of the prosecutor as well as our own evidence to include witnesses, security camera footage, etc We will review your version of events and compare it with what the prosecutor used as the basis for the charge. It is surprising how different and contradictory these two sides can be. Sometimes the prosecution’s main witness has fatal flaws that can undermine his or her credibility on the stand. Sometimes other facts can cast doubt on the prosecutor’s theory of the event.

Allan Rombro will investigate every detail related to the event in order to develop a sound effective defense strategy. He has over 30 years of experience and successfully defended thousands of assault cases in Maryland.

The Law Offices of Allan Rombro will carefully review all relevant facts of the case with the aim of:

Allan H. Rombro understands the law regarding violent crimes. Whenever possible, he will seek to lower the charge through negotiation. He will then work to build a strong and persuasive case designed to obtain the best outcome possible.

For a no-fee initial consultation with the criminal defense attorney at the Law Offices of Allan H. Rombro, call 410-580-9500 or send us an e-mail. We serve clients in Baltimore City, Baltimore County, Carroll County, Howard County, Anne Arundel County, Harford County, and all counties in Maryland, including Ocean City and the entire Eastern Shore.

Iyos
Mr.Rombro is everything you would hope for in a lawyer, not only does he actively participate in your case and fight for you, he’s honest with you. I was charged with a DUI/DWI (even though I was neither impaired nor drunk). I didn’t know how the system worked, nor how hard it works against you. Luckily Mr.Rombro was able to prove my case, and the charges were dropped. If I had gone with anyone else as my lawyer, I would have probably lost the whole case. So thank you Allan

Ashley Serrio
If you ever need an Attorney to represent you in any matter,Allan's the one to contact! He's highly confident in what he does,never lied to me and kept me informed of what the possibilities and the outcome would be in my case.Allan answered all of my texts and phone calls and never once had me feeling like I'm getting on his nerves,he delivers what he promise and I were extremely satisfied with everything. His paralegal has also kept me very calmed in the process as well and also told me I'll be fine and have nothing to worry about! Allan knew what the outcome were going to be a few days before the case and I couldn't have asked for anything better than being able to walk free! If you ever need an honest Attorney please don't hesitate to call this Awesome guy asap because he would never ever let you down and would fight until he get you what you deserve! Thanks Allan!

Charles Matthews
One of the most knowledgeable attorneys i have ever had to represent me.very professional & spot on with his legal counsel.if i ever get into a legal situation i definitely know who to turn to....thank you Allen.

Rachel Gorzo
If I were able to give 10 stars I would. He got my case on. Sunday night and Monday morning we met at the courthouse. His experience and knowledge of the legal system makes him an outstanding attorney. He handled my case with precision and received the outcome we wanted. I recommend him to everyone I know… he’s my attorney for life!

Jake McCauley
I’ve been represented by other lawyers. Allan Rombro is by far the best lawyer I have ever dealt with, he’s been my go-to lawyer for almost 10 years now. He won’t BS you like other lawyers, he won’t just tell you what you want to hear, he’ll tell you what you need to hear and he’ll do what needs to be done. I had a situation that could’ve gone very badly, had Allan not found something other lawyers on the other side missed. Not to mention the judge respected him enough to listen to his arguments and defer to him. He’s also a really nice guy who speaks plain English.

Teyai Clayton
Allan is your guy if you’re going through a DUI. My sister hired him to assist her through this process and he got her a great deal! We would highly recommend him!

T Allen
Allan helped my family with his quick thinking and determination. He listened to my concerns and took action. He was committed, diligent, patient and was attentive on how to get a good outcome. Call Allen if you ever need help!
Google rating score: 4.9 of 5, based on 84 reviews.

What Our Clients Say