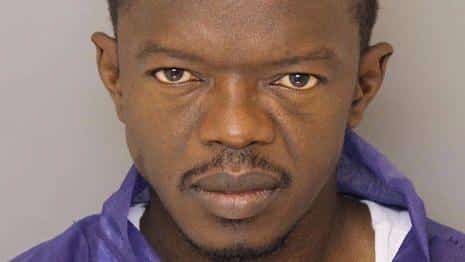 On March 29 2019, Daniel Degoto was sentenced for the 2017 murder of a local pastor who also claimed to have insights into the “fourth dimension” and also claimed the ability to cure “false cancers”.

Despite the attack being captured on surveillance video and a subsequent full recorded confession to detectives, along with the State aggressively seeking a life sentence following trial and conviction, defense attorney, Allan Rombro, obtained a sentence which will allow Mr. Degoto to be eligible for release after approximately 25 years.

Rombro said, “it seems clear that the court took into account the evidence we presented that Mr Degoto was pushed beyond normal human limits. Mr Degoto expressed sincere remorse and we are very glad that Judge Ensor saw fit to extend some mercy for the facts and provide Mr Degoto some hope that he will be able to return to his family one day instead of spending the rest of his life in prison”

Iyos
Mr.Rombro is everything you would hope for in a lawyer, not only does he actively participate in your case and fight for you, he’s honest with you. I was charged with a DUI/DWI (even though I was neither impaired nor drunk). I didn’t know how the system worked, nor how hard it works against you. Luckily Mr.Rombro was able to prove my case, and the charges were dropped. If I had gone with anyone else as my lawyer, I would have probably lost the whole case. So thank you Allan

Ashley Serrio
If you ever need an Attorney to represent you in any matter,Allan's the one to contact! He's highly confident in what he does,never lied to me and kept me informed of what the possibilities and the outcome would be in my case.Allan answered all of my texts and phone calls and never once had me feeling like I'm getting on his nerves,he delivers what he promise and I were extremely satisfied with everything. His paralegal has also kept me very calmed in the process as well and also told me I'll be fine and have nothing to worry about! Allan knew what the outcome were going to be a few days before the case and I couldn't have asked for anything better than being able to walk free! If you ever need an honest Attorney please don't hesitate to call this Awesome guy asap because he would never ever let you down and would fight until he get you what you deserve! Thanks Allan!

Charles Matthews
One of the most knowledgeable attorneys i have ever had to represent me.very professional & spot on with his legal counsel.if i ever get into a legal situation i definitely know who to turn to....thank you Allen.

Rachel Gorzo
If I were able to give 10 stars I would. He got my case on. Sunday night and Monday morning we met at the courthouse. His experience and knowledge of the legal system makes him an outstanding attorney. He handled my case with precision and received the outcome we wanted. I recommend him to everyone I know… he’s my attorney for life!

Jake McCauley
I’ve been represented by other lawyers. Allan Rombro is by far the best lawyer I have ever dealt with, he’s been my go-to lawyer for almost 10 years now. He won’t BS you like other lawyers, he won’t just tell you what you want to hear, he’ll tell you what you need to hear and he’ll do what needs to be done. I had a situation that could’ve gone very badly, had Allan not found something other lawyers on the other side missed. Not to mention the judge respected him enough to listen to his arguments and defer to him. He’s also a really nice guy who speaks plain English.

Teyai Clayton
Allan is your guy if you’re going through a DUI. My sister hired him to assist her through this process and he got her a great deal! We would highly recommend him!

T Allen
Allan helped my family with his quick thinking and determination. He listened to my concerns and took action. He was committed, diligent, patient and was attentive on how to get a good outcome. Call Allen if you ever need help!
Google rating score: 4.9 of 5, based on 84 reviews.

What Our Clients Say